Women of Commercial Landscaping is thrilled to announce that this year we received an award in The 17th Annual International Business Awards®. Our Founder, Kimberly Khoury, won a Bronze Stevie Award for Woman of the Year for the second year in a row. 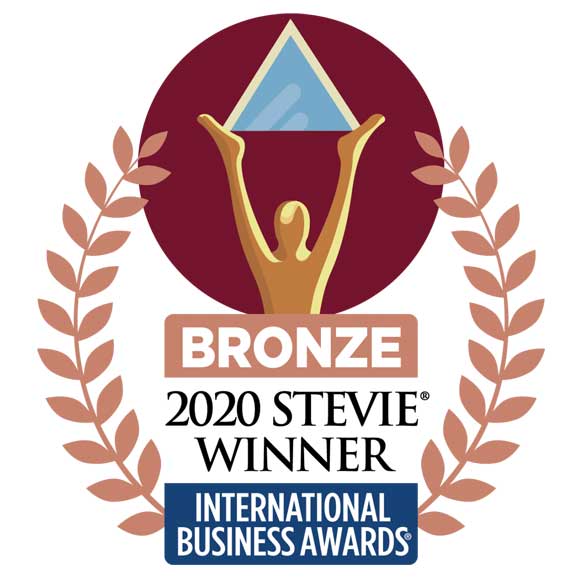 More than 3,800 nominations from organizations of all sizes and in virtually every industry were submitted this year, for consideration in a wide range of categories. We are beyond proud to have received both awards, as they act as recognition for all of our teams’ efforts towards remaining a leader in the commercial outdoor services space.

The International Business Awards® are the world’s premier business awards program. All individuals and organizations worldwide – public and private, for-profit and non-profit, large and small - are eligible to submit nominations. The 2020 IBAs received entries from organizations in 63 nations and territories.

“Despite the unprecedented impact the COVID-19 pandemic has had on organizations and working people worldwide, the number and quality of nominations we received in this year’s International Business Awards attests to the continued outstanding performance of many organizations. The commitment we’ve seen through these nominations to maintaining the success, health, and safety of employees, customers, and communities is truly impressive ”

Kimberly has persevered through a tough, long learning curve on the path to her career in a historically male-dominated industry, but she believes that her career chose her; and for a good reason.

With 23 years of international work experience, including over 20 years as a high-ranking executive, Kimberly’s passion has been working alongside others and leveraging her extensive business background to empower, and help people achieve their own personal success.

Through her coaching and mentorship style of leadership, she has helped lead her team to many successes, including the achievement of multiple awards and certifications.

Kimberly is passionate about the education and empowerment of women in the workplace and this is why she laid the foundation, and continues to lead WCL - Women of Commercial Landscaping.

About Women of Commercial Landscaping

WCL is a company aimed at creating a culture of equality by breaking down barriers for women in male-dominated industries. WCL was created with the initiative of supporting women within these industries. It was created for every industrial working female in the world; for females who want to be successful in starting and excelling within their own businesses.

Our founder, Kimberly Khoury, has witnessed the development of women taking on various roles. She knew it was time to start supporting and helping other women within her own company and industry achieve the same level of success.

About the Stevie Awards